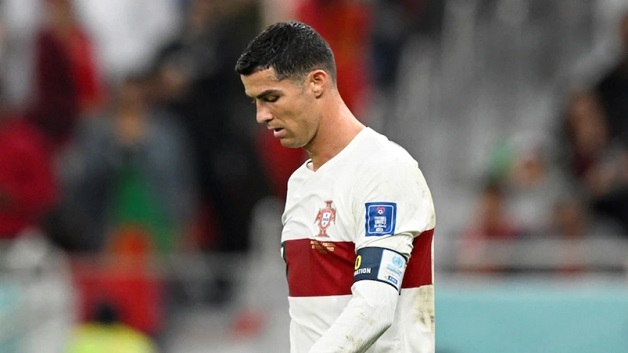 Turkish President Recep Tayyip Erdogan has said Cristiano Ronaldo was subjected to a “political ban” at the World Cup, as he compared the Portuguese footballer to Lionel Messi.

Erdogan said on Sunday while speaking at a youth event in eastern Turkey, that  they have wasted Ronaldo, by unfortunately imposing  a political ban on him.

Erdogan was told Aljazeera Sports, that wending a footballer like Ronaldo to the pitch with just 30 minutes remaining to the match ruined his psychology.

He  added that Ronaldo is someone who stands for the Palestinian cause,”

The 37-year-old came on as a substitute in the second half of a World Cup quarterfinal game against Morocco in which Portugal lost 1-0.

The former Manchester United and Real Madrid footballer had also been on the bench when Portugal took on Switzerland in the round of 16, making an appearance as a substitute.