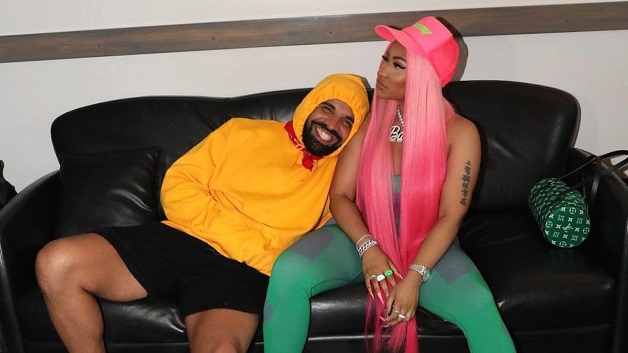 Nicki Minaj says Drake is a billionaire but the Canadian rapper does not want it to be known.

On Tuesday, the Trinidadian rapper says that Drake is secretly a billionaire and doesn’t want the world to know. On her Instagram account, Nicki Minaj shared what looks like one of Air Drake’s jets as she spoke about his vast but secret wealth.

Nicki Minaj also liked a tweet that spoke about the rapper’s wealth.

Drake’s net worth is not precisely known, and while the rapper has hinted at it being more than what others think, he has never confirmed it. Last year, he seemed to laugh at a hip-hop ranking that said his income was fourth highest for 2021 despite being the top streamed artist for that year.

The ranking put the ‘Certified Lover Boy’ in fourth place at $50 million. The rapper dropped laughing emojis at the ranking, which saw JAY-Z leading the Rap Power Players list for 2021 with $450 million, Kanye West with $250 million, and Diddy at $75 million.