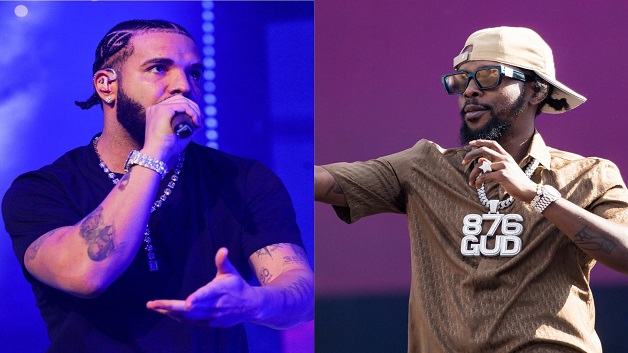 comes with a video from Theo Skudra.

The clip sees the pair partying and jumping on jet skis on Turks and Caicos Islands.

NME said the pair previously teamed up on Popcaan’s 2020 tracks ‘All I Need’ and ‘Twist & Turn’, taken from the Jamaican singer’s dancehall mixtape ‘Yiy Change Fixtape’,

Popcaan’s new album is the follow-up to his 2020 project.

Drake seemingly recently confirmed that he was arrested in Sweden last summer, sharing footage of the incident online.

In July 2022 speculation on social media suggested that the Canadian star had been taken into custody by local police at a Stockholm nightclub with the term “free Drake” trending on Twitter.

Representatives for the rapper then denied that he’d been arrested before Drake himself, hinted that the alleged incident did in fact take place.

In a post on Instagram, Drake appeared to suggest that he did in fact have some interaction with Swedish authorities, sharing a photo of a document from the Swedish National Police Board, titled “Information for Those Suspected of a Crime and Subsequently Detained.”

Drake last week shared a new Instagram post that seemed to confirm the incident. Alongside it, he shared a photo of himself and collaborator 21 Savage as well as phone footage seemingly showing him being detained in Sweden.

Elsewhere, pages of old lyrics that were apparently written by Drake were also found in a bin in Memphis.