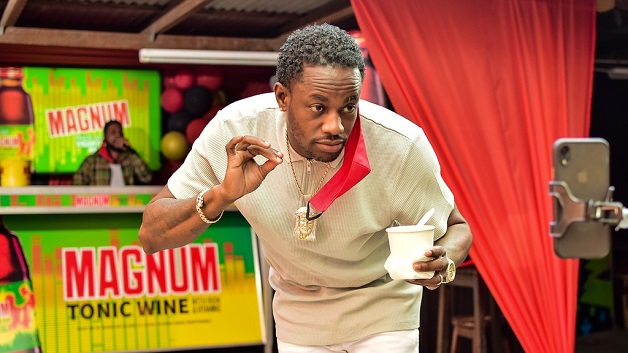 Regional Marketing Manager for Magnum, Kamal Powell, made the announcement while speaking at Ding Dong’s birthday bash at the National Stadium car park.

Powell shared that retaining the ‘dancing king’ and promoting him to a new post was a symbol of the Magnum’s commitment to the Dancehall genre.

Following the grand announcement, Magnum sweetened the deal by presenting Ding Dong with a platinum, gold encrusted chain which was presented in a life-sized gift box on stage.

The artist, whose real name is Kemar Ottey noted that the gift was well received, as he showcased the pendant bearing the letters “DD” to the audience.

According to Ding Dong, the surprise gift is one that he’ll never forget.

“The box kinda frighten me a while ago eno- rich chain eno. Magnum big up yourself. Big up mi company and my brand- definitely won’t forget this,” he said.

When asked about how he felt about his new title, Ding Dong revealed that he was pleased with the announcement and will continue to do good for the genre.