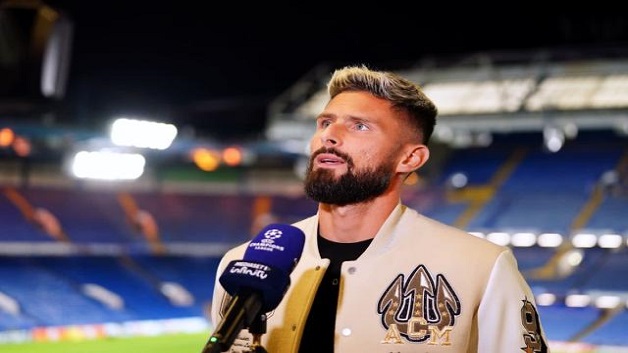 Former Chelsea striker Olivier Giroud has told his AC Milan team-mates how proud he is to return to Stamford Bridge with the Italian team.

Giroud, 36, helped Milan win Serie A last season and they take on the Blues in the Champions League on Wednesday.

Midfielder N’Golo Kante is back in training after a hamstring injury but is not expected to start the game.

Goalkeeper Edouard Mendy is also pushing to begin the Group E match after recovering from a knee injury.

Italy midfielder Jorginho and Germany forward Kai Havertz have trained, despite picking up knocks during the 2-1 win over Crystal Palace at the weekend.

Milan are top of the group with four points from two games while Chelsea, who lost to Dinamo Zagreb 1-0 and then sacked manager Thomas Tuchel the following day, are bottom with one point.