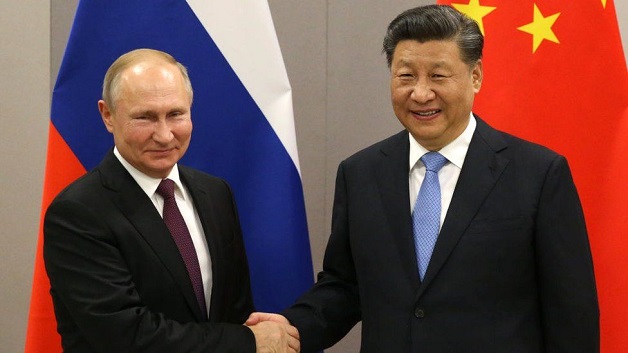 China’s leader Xi Jinping and Russia’s Vladimir Putin will discuss the war in Ukraine and other “international and regional topics” at their meeting later this week, the Kremlin says.

The two will meet in Uzbekistan at a summit that will show an “alternative” to the Western world, the Kremlin said.

Mr Xi is making his first trip overseas since the start of the pandemic.

He is seeking a historic third term while Mr Putin’s relations with the West are at rock bottom over Ukraine.

Mr Xi is beginning his three-day trip in Kazakhstan, where he landed in the capital Nursultan for the first leg of his trip on Wednesday. He will then meet Mr Putin on Thursday at the Shanghai Cooperation Organisation (SCO) Summit in Samarkand, which will run from 15-16 September.

Mr Putin will also meet other leaders including those of India, Pakistan, Turkey and Iran – but his meeting with China’s leader “is of particular importance”, said Kremlin foreign policy spokesman Yuri Ushakov.

He said the summit was taking place “against the background of large-scale political changes”.