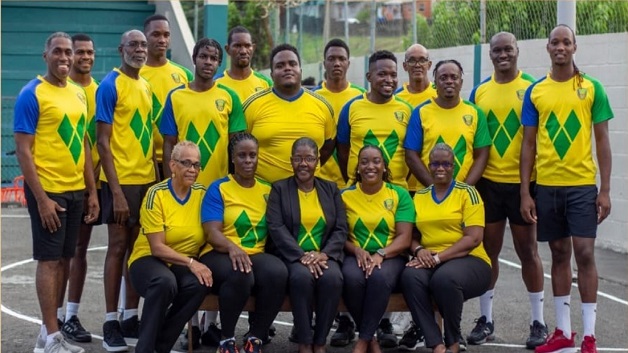 St. Vincent and the Grenadines is currently hosting a historic Netball event in the form of the Inaugural America’s Men’s Championships.

President of the SVG Netball Association and Head Coach of SVG’s Male Netball team, Vincy Warriors, Natasha Baptiste during an interview on WEFM this week expressed how appreciative she is of the fact that we have been granted the opportunity to host the event.

The Americas Men’s Championships kicked off on Thursday with Vincy and saw the Vincy Warriors face off against Grenada’s Spice Boys, coming out victorious with 33-26.

The competition will see teams from Antigua and Barbuda, Jamaica, and South Africa competing.

The Inaugural America’s Men’s Championships are emanating from the Arnos Vale Sporting Complex. Tickets are on sale at $5 for children and $10 for Adults.

Ms. Baptiste says the event promises to be an exciting affair, one that she says Vincentians cannot afford to miss.