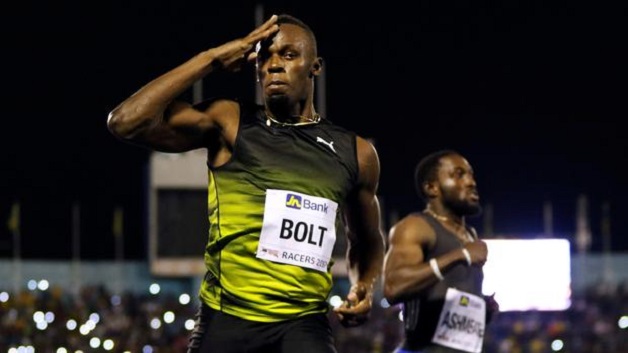 The Jamaican sprinting legend is competing in his final season before retirement and will use the Monaco event as a warm-up for the world championships in London that start on August 5.

The world-record holder won his first race of the year in Kingston, Jamaica, earlier this month in 10.03seconds, and is also due to run in Ostrava on June 28.

Bolt, who has won three Olympic 100 meters and 200 meters doubles, will only compete in the 100 meters for his farewell at the worlds.