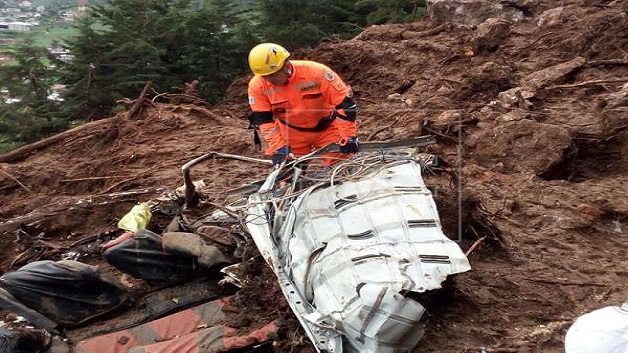 The number of people killed in a landslide in Guatemala has risen to 12 after a 94-year-old man who was rescued on Tuesday died in hospital.

Heavy rains caused the mudslide in the municipality of San Pedro Soloma.

According to BBC News, a minibus carrying 10 people to work was buried by the mudslide which came down a hillside. All passengers on board were killed.

During last year’s rainy season, which lasts from April to November, 15 people were killed in landslides.