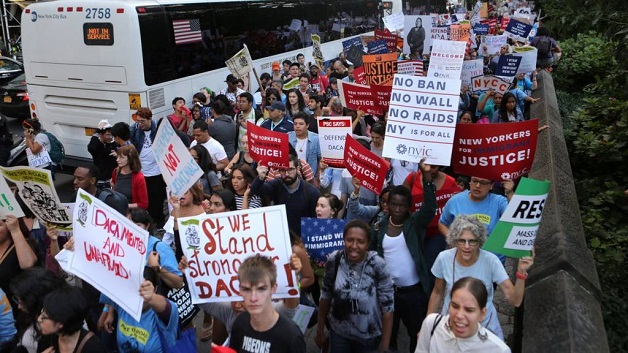 An Obama-era scheme to protect young undocumented immigrants is to be scrapped, US Attorney General Jeff Sessions has announced.

The Deferred Action for Childhood Arrivals (Daca) programme was introduced five years ago.

It guards some 800,000 so-called “Dreamers”, mostly from Latin American countries, against deportation, providing work and study permits. But critics say it amounts to an amnesty for illegal immigrants.

US President Donald Trump took a hard line on immigration while campaigning for office last year and said he planned to “immediately terminate” Daca if elected.

In a stinging attack on the policy introduced by President Barack Obama, Mr. Sessions said: “Such an open-ended circumvention of immigration laws was an unconstitutional exercise of authority by the executive branch.

“The effect of this unilateral executive amnesty among other things contributed to a surge of minors at the southern border that yielded terrible humanitarian consequences. It also denied jobs to hundreds of thousands of Americans by allowing those same illegal aliens to take those jobs.

“The nation must set a limit on how many immigrants we admit each year. We cannot admit everyone who would like to come here, it’s just that simple,” he was quoted as saying by BBC News.