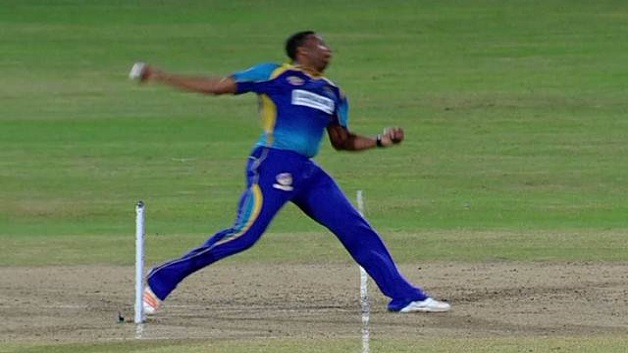 Barbados Trident’s captain Kieron Pollard has come under fire from some quarters for what they term ‘unsportsmanlike’ behaviour, by denying a century to Patriots opener Evin Lewis in their 2017 Hero Caribbean Premier League (CPL) clash in Barbados on Sunday night.

Pollard bowled a no-ball, his first of the tournament when Lewis was on 97 off 32 balls, with St. Kitts and Nevis Patriots needing one run to beat Barbados Tridents in the Twenty20 competition.

The no-ball gave 25-year-old Lewis’ side the win but saw him miss out on the chance of a ton after he and captain Chris Gayle reached 129-NIL.

If Lewis had completed his century in 33 balls, it would have been the second fastest of all time – just behind Chris Gayle’s 30-ball IPL knock in 2013.

Pollard was hammered on social media with fans saying they had lost respect for him after the no-ball.