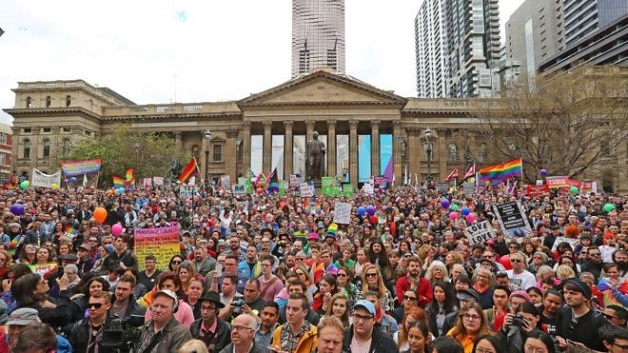 The government plans to hold a non-binding postal survey from next week to gauge support for changing Australia’s law to allow same-sex marriage.

Prime Minister Malcolm Turnbull has said the vote could lead to the tabling of a bill in parliament later this year.

Intense campaigning has already begun, but the survey will not go ahead if the legal challenges are successful.

Two separate challenges by same-sex marriage advocates will be heard in the High Court of Australia today and tomorrow.

Legal experts believe the court will rule on the matter quickly because the government is planning to mail out surveys from September 12.

Kenyatta vows to overcome Kenya’s divisions after being sworn in for second term as...