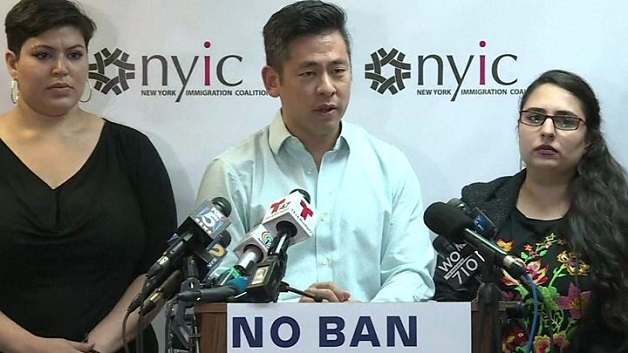 The White House has set new criteria for visa applicants from six mainly Muslim countries and all refugees, requiring them to have a “close” family or business tie to the US.

The controversial executive order had been blocked by lower courts.
According to the new rules, confirmed to the BBC, for the next 90 days those without a close relationship – defined as a parent, spouse, child, son or daughter-in-law, or sibling – will not be able to enter the US.