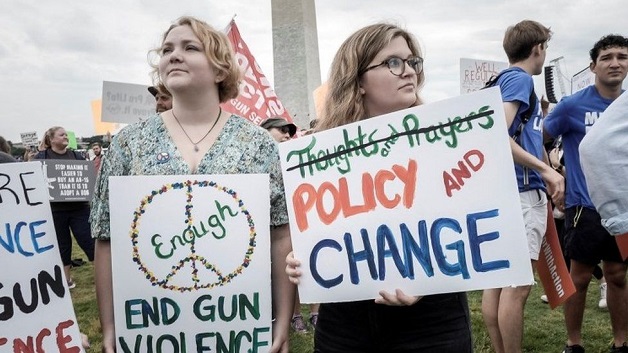 The US Senate has passed a gun control bill – the most significant firearms legislation in nearly 30 years.

It imposes tougher checks on young buyers and encourages states to remove guns from people considered a threat.

In a rare bipartisan breakthrough on gun control measures, 15 Republicans joined Democrats in the Senate to approve the bill.

It still needs the endorsement of the lower house before being signed into law by President Joe Biden.

A vote in the Democrat-controlled House of Representatives is expected soon.

The president urged a quick vote “on this bipartisan bill” despite it falling far short of his demands. Gun control activists and most Democrats would also like to see far more stringent measures on gun control.