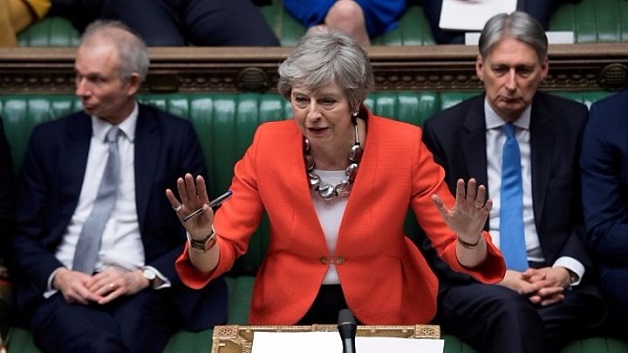 British MPs has rejected Theresa May’s EU withdrawal deal by an overwhelming majority for a second time, with just 17 days to go to Brexit.

MPs voted down the prime minister’s deal by 149 – a smaller margin than when they rejected it by 230 in January.

She said Tory MPs will get a free vote on a no-deal Brexit.

That means they can vote with their conscience rather than following the orders of party managers – an unusual move for a vote on a major policy, with Labour saying it showed she had “given up any pretence of leading the country”.

The PM had made a last minute plea to MPs to back her deal after she had secured legal assurances on the Irish backstop from the EU.

In a statement after the defeat, Mrs May said: “I continue to believe that by far the best outcome is the UK leaves the European Union in an orderly fashion with a deal.