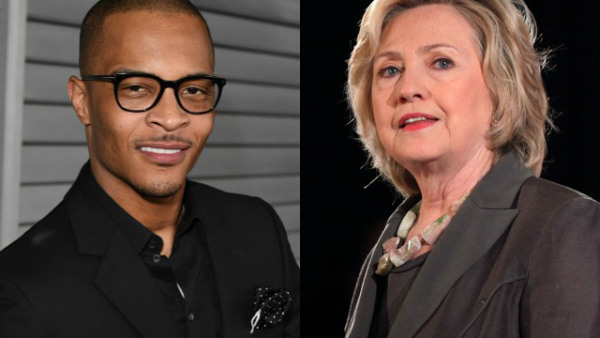 T.I. has issued an apology via Twitter after making a sexist comment about voting for Hillary Clinton.

“My comments about women running for president were unequivocally insensitive and wrong,” TIP said. “I sincerely apologize to everyone I offended.”

According To Urban Islandz The Atlanta rapper has been trending on Twitter since making the comments during his interview with DJ Whoo Kid on his radio show this morning.

TIP was asked whether or not he would vote for Hillary Clinton and his scathing comments were.

“Not to be sexist, but I can’t vote for the leader of the free world to be a woman,” the Trouble Man rapper said.

T.I. is basically saying that women are too emotionally to be president of the United States of America.

“Just because, every other position that exists, I think a woman could do well. But the president?” TIP said. It’s kinda like, I just know that women make rash decisions emotionally—they make very permanent, cemented decisions—and then later, it’s kind of like it didn’t happen, or they didn’t mean for it to happen.”

That statement didn’t go down too well with the Twitter universe who is bashing the rapper right now.

He also weighs in on Hillary Clinton republican counterpart Donald Trump and says that while he thinks the business man can do great things for America he cannot give him his vote because of some racially charged statements that he made recently.

US knocked out of World Cup after Trinidad defeat