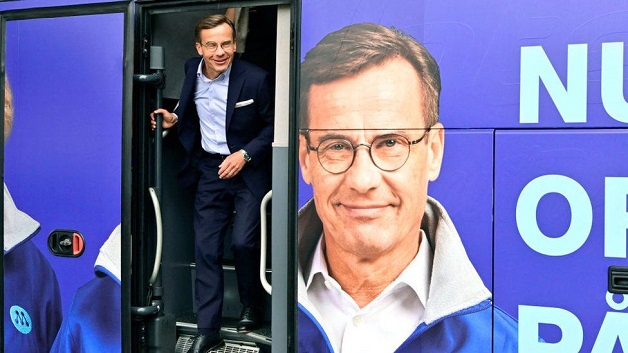 Crime and integration of communities were major issues in the campaign, and the far-right Sweden Democrats look set to become the second-largest party.

It could take until Wednesday for all votes to be counted.

Soon after polls closed, an early exit poll by Sweden’s public broadcaster suggested Ms Andersson’s coalition of four left-wing parties would narrowly win, with 49.8% of the vote compared to 49.2%.

But the left’s celebrations were perhaps premature, as later partial results put the right-wing group ahead, with a projected 176 of 349 seats in parliament after 94% of electoral districts were counted.

As the race is so close, the final result may have to wait until all votes, including postal and advance votes, are counted over the next few days.

Whatever the result, the far-right Sweden Democrats have made significant gains, appearing to become the country’s second-largest party behind the Social Democrats.