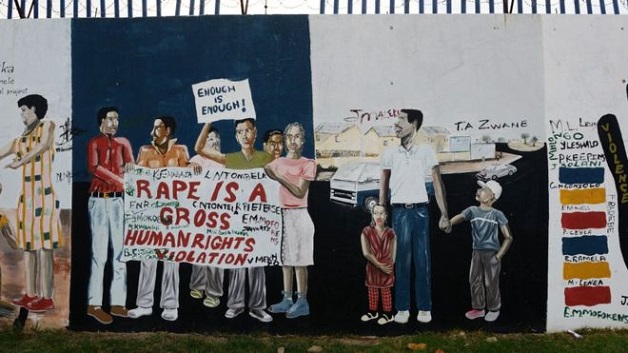 South Africans have expressed outrage following the alleged rape of a seven-year-old girl in a restaurant toilet.

A 20-year-old man allegedly followed her into the women’s restroom before snatching her and raping her in the men’s section.

According to BBC News, police said the suspect was arrested at the scene and charged with rape and possessing drugs. He has been remanded in custody and has not yet been asked to plead.

South Africa has one of the highest incidences of rape in the world.

The police recorded 40,035 rapes in the 12 months leading to March 31, an average of 110 each day, the fact-checking organisation Africa Check says.

This is a slight increase on the previous year, which saw 39,828 recorded rapes.