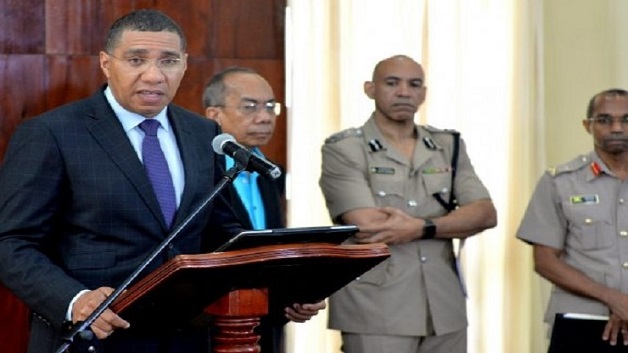 A State of Emergency has been declared in parts of Jamaica’s capital, with Prime Minister Andrew Holness saying the increased criminal activities in the communities are now “over and above the capacity of existing law enforcement”.

He said the enhanced security measure in sections of the Kingston Central, Kingston Western, and St. Andrew South Police Divisions, will initially last for 14 days.

Holness said the Government sees it necessary to use the extraordinary powers within the State of Public Emergency, to “address long standing and entrenched crime, and public order issues,” in some of the communities within the police divisions.

According to Caribbean 360 News, Holness emphasized that criminal activities have curtailed businesses, undermined the rule of law, and have deprived citizens of their general right to live peacefully.

The Prime Minister indicated that careful planning went into the security measure, taking into account traffic flows, students attending school, and business operations, while pointing out that the areas affected will get increased support from the security forces.

Investors from Trinidad interested in developing a commercial complex at the new city to...