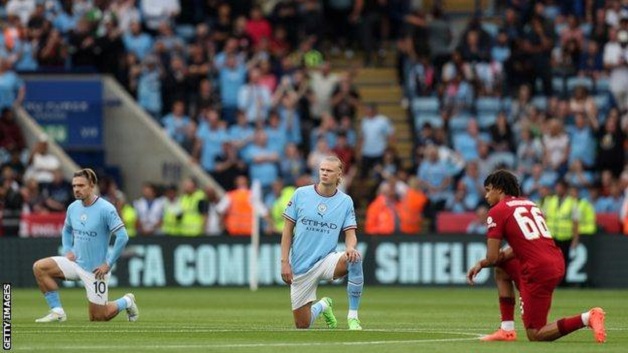 Premier League players will stop the pre-match anti-racism gesture of taking the knee before every match.

Top-flight clubs started taking a knee to support the Black Lives Matter movement, which rose to prominence following the death of George Floyd in the United States in May 2020.

Premier League captains took the decision after consulting with players.

The gesture will instead be seen before certain rounds of games, including the Boxing Day fixtures and cup finals.

Players and staff will also take the knee before the first and last matches of the 2022-23 campaign as well as dedicated No Room for Racism match rounds in October and March.