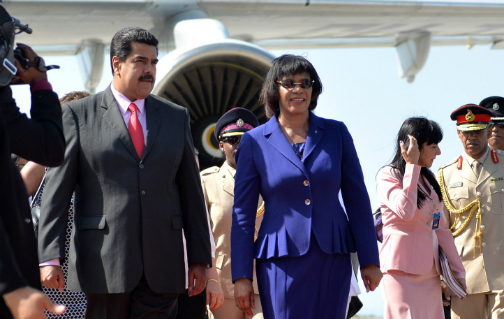 Jamaica Prime Minister, Portia Simpson Miller, has underscored the significant impact the PetroCaribe Agreement has had on the economic independence of countries of the Caribbean region.

In a statement at the plenary session of the 10th Anniversary Commemorative Summit of the PetroCaribe Agreement in Montego on Saturday, Simpson Miller hailed the pact as a lifeline for many of the region’s struggling economies and peoples.

She said the summit marks another opportunity for Latin American and Caribbean countries to jointly recognize the achievements and the importance of the accord, which has significantly helped to fortify regional economies, meet many of the social and economic development needs of the people of the region, and build strong relationships.

According to the Jamaica Observer, Simpson-Miller contended that without the arrangement, some of the most vulnerable countries in the region would have succumbed to the global economic crisis in 2008 as well as subsequent challenges.