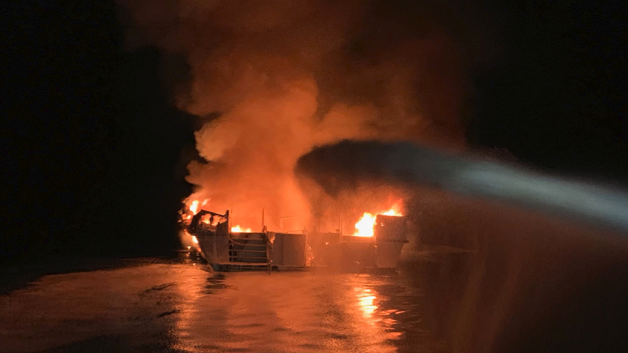 Rescuers were scrambling this morning to reach more than 30 people who were sleeping below deck when their scuba-diving boat caught fire off the California coast, with reports of “numerous fatalities”.

According to AFP News Agency, the Coast Guard tweeted that a major rescue operation was underway for the dozens of people trapped aboard the 75-foot boat, near Santa Cruz Island off the coast from Los Angeles.

A spokesperson for Ventura County, Bill Nash said many people were feared dead.