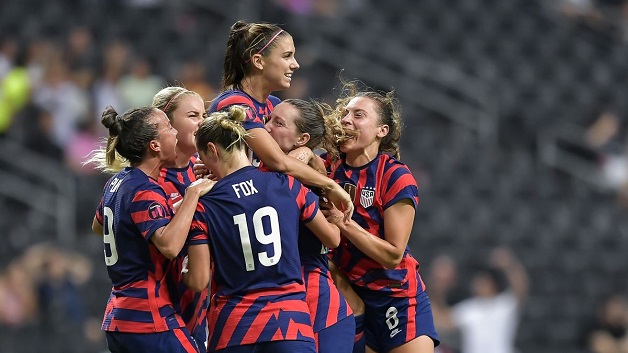 Alex Morgan’s 78th-minute penalty sealed the USA’s place at the 2024 Olympics as they beat Canada 1-0 in the Concacaf W Championship final.

Canada, the reigning Olympic champions, will face Jamaica next year for the other Concacaf spot at Paris 2024.

Jamaica qualified for the Olympic play-off by winning the W Championship’s third-place match, as Kalyssa van Zanten scored in the 102nd minute to give them a 1-0 extra-time victory over Costa Rica.