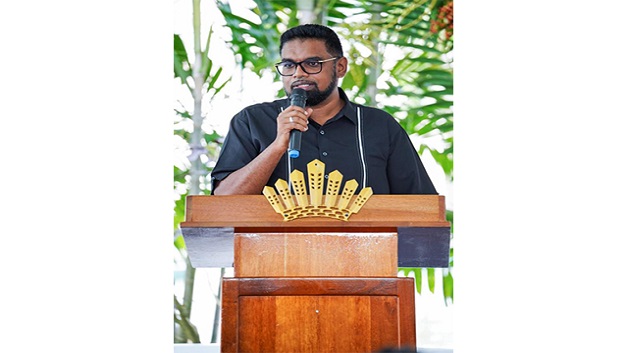 Guyana’s President Dr Irfaan Ali announced that the Government of Guyana will double the earnings made by local artistes from the One Guyana Concert during this year’s Cricket Carnival held in Guyana.

At a meeting with Guyana’s artistes this week at State House, the President said that the Government will continue to make the needed investments to further propel and develop the entertainment industry.

“We had 89 local artistes on the One Guyana stage, 89 local artistes. The cost of the production was borne completely by the Government. We brought in the corporate sponsors to get them to sponsor tickets. Every single cent in revenue, $6.9m went to those 89 artistes ranging from between $100,000 to $300,000, as promised.”

To complement this and to ensure that the artistes fully benefit, Guyana’s President said that the Government will provide an equivalent $6.9m.

President Ali also pointed out that the concert had an online viewership of more than 100,000.