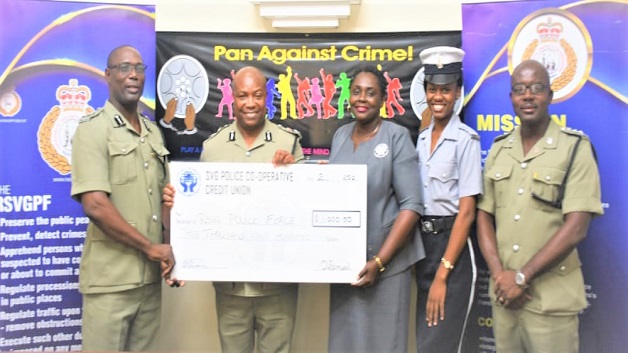 The Police Cooperative Credit Union (PCCU) Ltd. has once again partnered with the Royal St. Vincent and the Grenadines Police Force (RSVGPF) in sponsoring the 2022 Police Christmas Carolling Contest.

During the ceremony held in the Police Conference at Police Headquarters, ACP Williams stated that as part of the PCCU’s corporate social responsibility, it is imperative that the institution gives back to the community that it serves.

According to ACP Williams, sponsoring the Police Christmas Carolling Contest is just one of the many ways in which the PCCU seeks to execute its vision to be the premier financial institution in St. Vincent and the Grenadines.

In accepting the sponsorship cheque, Commissioner of Police Mr. Colin John expressed gratitude to the PCCU on behalf of the Police Force for sponsoring the Christmas Carolling contest for yet another year. He commended the board and management of the PCCU for their generosity and partnership with the RSVGPF over the years.