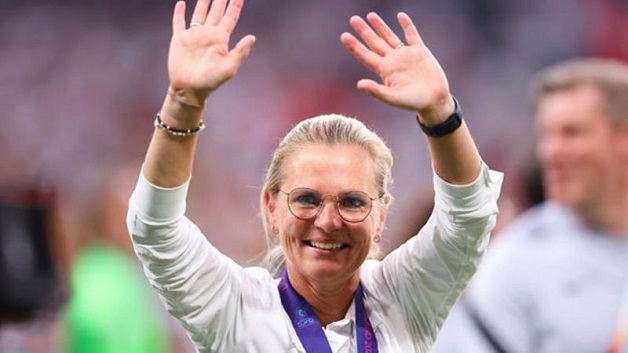 England are to open talks with Euro 2022-winning manager Sarina Wiegman over a new contract.

The Football Association is keen to extend a deal that runs until 2025.

Dutchwoman Wiegman only took on the job last September but led England to their first women’s major trophy on Sunday.

“She will have a couple of weeks off. When she gets back, we’ll have a conversation,” said Baroness Sue Campbell, the FA’s head of women’s football.

FA chief executive Mark Bullingham said Wiegman was their “number one target” last year and he hopes she is with England for “a long time”.