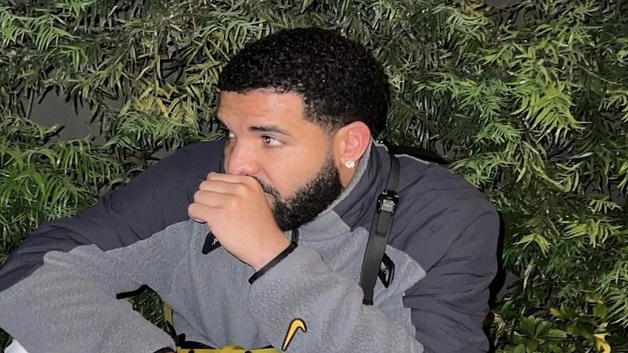 Drake confirms he has tested positive for covid again and forced to cancel his Young Money reunion show.

The Toronto rapper shared the disappointing news to fans on his Instagram account on Monday, just hours ahead of the time he was originally set to take the stage alongside Nicki Minaj and Lil Wayne.

Last month, after dropping his latest album, Honestly, Nevermind, Drake revealed that he would be performing at the three-day October World Weekend, which runs from July 28- August 1, 2022.

Drizzy was to appear on stage on day three with Nicki Minaj and Lil Wayne on the final day of the three-day event, which says All Canadian North Stars performing on day one and Lil Baby and Chris Brown on day two.

In announcing his covid positive test, Drake said that the Young Money Reunion will now be “rescheduled to the SOONEST date possible.”

“I love you all and I am so sorry for letting you down on our weekend together and the moment I test negative I will give you everything I got on stage (except the Covid),” the rapper said on the post.

Drake was seen out on night two of the event, where he even joined the stage with singer Nelly Furtado as he co-performed her song, “I’m Like a Bird,” and appeared in good spirits. He was also seen in the crowds dancing.

However, the rapper promised his fans that he will perform for them very soon. “I will keep the city posted and share the new date whenever we have it locked in,” Drake added.