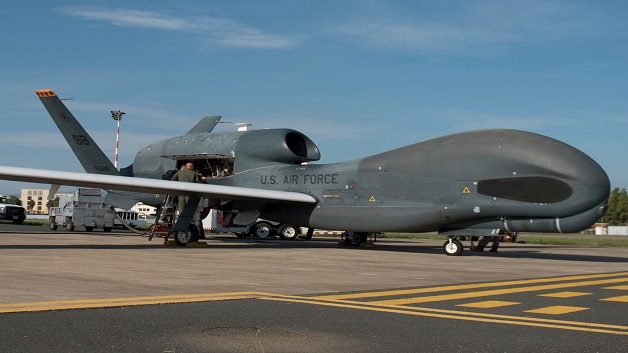 Fears of war between the United States and Iran have intensified after a US drone was shot down by Iranian forces.

Iran was quoted by Al Jazeera News as saying on Thursday- that it downed the unmanned aircraft in Iranian airspace.

The US said the drone was in international territory when it was hit by a surface-to-air missile.

The fast-moving events have provoked international alarm and prompted concern the standoff could escalate into a major open confrontation.

US Secretary of State Mike Pompeo said in a tweet today – that he had discussed heightened tensions in the region with Saudi Arabia’s King Salman during a meeting in Jeddah.

Pompeo said they also discussed the need to promote maritime security in the Strait of Hormuz, following attacks on oil tankers in Gulf waters which Washington and Riyadh blame on Iran.