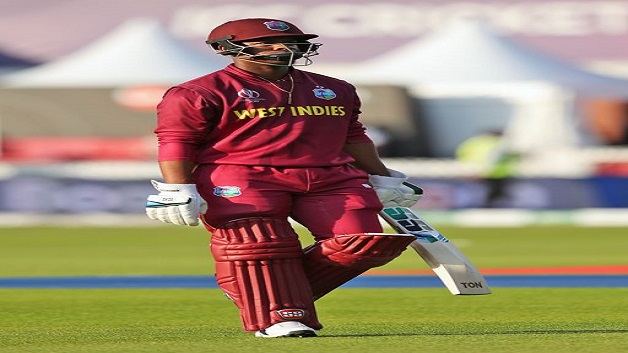 Rookie batsman Shimron Hetmyer has revealed he was nearly brought to tears following West Indies’ heartbreaking defeat to New Zealand on Saturday, but has urged his teammates to lift themselves and make the most of their last three matches of the World Cup.

West Indies went down by five runs with an over to spare at Old Trafford, in pursuit of 292 for victory. They were losing at 164 for seven in the 27th over before Carlos Brathwaite struck 101 — his maiden international hundred — to put West Indies on the brink of an amazing victory.

However, with six runs needed from seven balls, Brathwaite holed out to log on off the final ball of the 49th over from seamer Jimmy Neesham, to crush the Windies hopes of a vital win.

Hetmyer said it was a heartbreaking feeling for him, after Carlos’ amazing knock and that losing a game like the one lost – emotions run very high – so it’s about keeping our heads up.

Hetmyer struck an entertaining 54 from 45 balls, featuring in a crucial 122-run, third-wicket stand with Chris Gayle (87), as they pulled West Indies around from 20 for two in the seventh over.