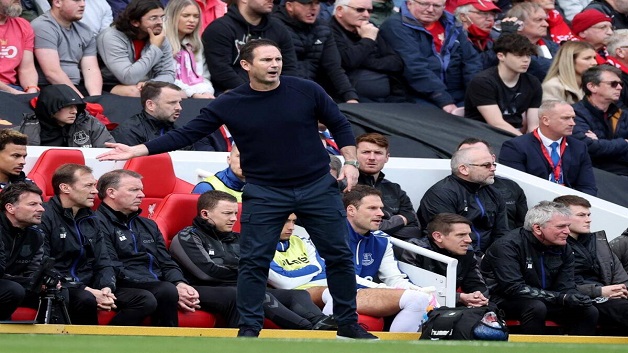 Everton manager Frank Lampard has been fined £30,000 by the Football Association for his comments after a 2-0 defeat at Liverpool in April.

Lampard was angered that Stuart Attwell did not award a penalty for a challenge on Anthony Gordon by Joel Matip.

Post match, he suggested a penalty would have been given if the challenge had been made on a Liverpool player.

“It was a penalty, you don’t get them at Anfield,” Lampard said after the match.