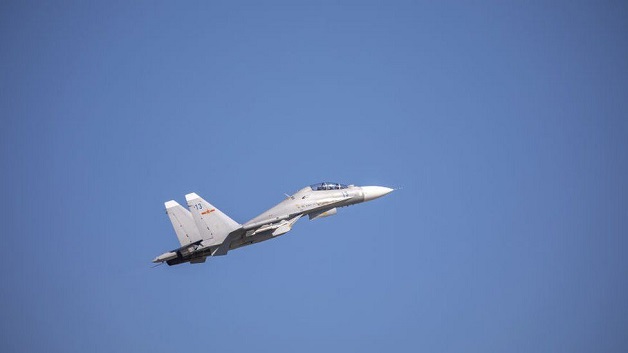 Taiwan says it deployed fighter jets to warn off 30 warplanes sent by China into its air defence zone.

The incident on Monday marked the biggest incursion since January.

It came days after US President Joe Biden warned China against invading Taiwan, and on the same day as a US official visited the island to discuss security with leaders.

China has ratcheted up the frequency of its air missions in recent months, claiming they are training drills.

Such moves have angered Taiwan and increased tensions in the region.

China sees Taiwan as a breakaway province, which it can take by force if necessary.

The aircraft flew in an area to the northeast of the Pratas Islands that is part of the Taiwan’s air defence identification zone (ADIZ), according to a map the ministry provided.

But the planes did not cross over into Taiwan’s airspace itself, which would have been regarded as an act of hostility.