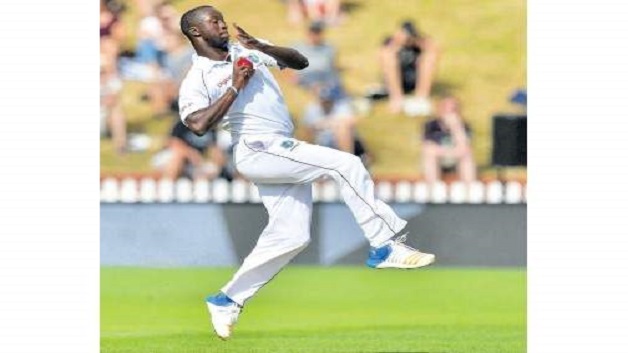 West Indies fast bowler Kemar Roach is happy to be back in the swing of things as he prepares for the proposed tour of England starting next month.

The most experienced and successful West Indies Test bowler in the last decade has his eyes on the magical figure of 200 Test wickets once the green light is given for the tour to happen. The teams will play three Test matches as they compete for the Wisden Trophy.

Roach presently sits on 193 wickets in 56 matches since his dramatic debut against Bangladesh back in 2009 in St. Vincent. His impressive figures include nine five-wicket hauls and put him in ninth position in the West Indies all-time list. The other bowlers in the top ten are: Walsh, Ambrose, Marshall, Gibbs, Garner, Holding, Sobers, Roberts and Hall – all inductees in the prestigious International Cricket Council Hall of Fame.

Roach, who celebrates his 32nd birthday next month, is the team’s leading bowler and is presently in the top 20 in the ICC Test match rankings. His ultimate career goal is 300 Test wickets.

Roach joined several Test teammates as they returned to training after a two-month layoff due to Government enforced lockdown over the COVID-19 pandemic.

During that three-Test rubber he took 18 wickets at 13.8 runs each as West Indies won in Barbados and Antigua to lift the coveted trophy.

If the England series comes off, it will be the first international tour to take place in nearly three months since the virus forced the cessation of cricket globally.

A final decision is likely to be made at a CWI Board meeting on Thursday May 28th 2020.

Easter activities in Bequia to be begin on Thursday