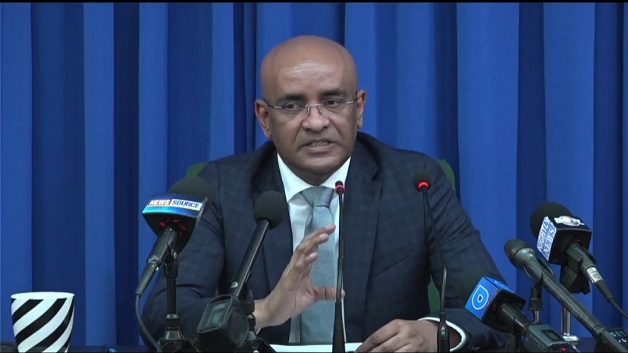 Guyana’s Vice President Bharrat Jagdeo on Monday said that the Guyana government is yet to make a decision as to whether it will allow for the establishment of a national oil company (NOC), indicating that the Irfaan Ali administration is prepared to give the matter careful consideration.

Jagdeo told a news conference that while the government is in favour of a company with a passive form of ownership, concerns have been raised both by the government itself and other stakeholders regarding the establishment of a national oil company.

“No decision has been made…there are a lot of cons and few pros,” Jagdeo told reporters, adding “from serious sources, we are getting a list of concerns that are universally known regarding the establishment of a NOC.”

Jagdeo said among the concerns is the time it will take to develop the company, the overload it will place on domestic capabilities and capacity, and the corruption associated with national oil companies.