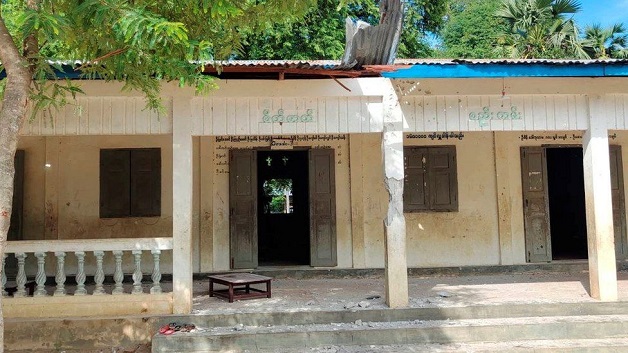 At least 11 children have been killed and 15 more are missing after army helicopters shot at a school in northern Myanmar, Unicef has said.

Myanmar’s military government said it had been an attack on insurgents they claimed were hiding in the school in Let Yet Kone village.

The school’s students ranged from those in kindergarten to young teenagers.

The BBC’s Burmese service had earlier confirmed that at least six children were killed – two boys aged seven and 14 and three girls aged seven, nine and 11. Another boy, aged 13, was hit by a bullet while fishing nearby with his father.

Most of the children’s bodies were taken away by military troops, they said.

Six adult villagers were also killed on the day by troops, including five men and one woman.