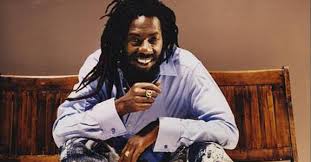 Buju Banton could be released from prison as early as in a few days, weeks or even months.

According To Urban Islandz The Grammy-winning reggae singer is currently serving a 10-year sentence for drug traffic in a Georgia prison. His release date is set for February 2019, but due to overcrowding in prisons across the United States, he could walk free after only serving half of his sentence.

Multiple reports confirmed that the U.S. Sentencing Commission reform effort is trying to ease over crowding and violence in prisons. As part of the reform process 6,000 non violent inmates will be released this month and thousands more will be released over a period of a few years.

If Buju Banton name make the list among the 6,000 he could be released sometime in November.

The reggae singer, whose real name is Mark Myrie, was convicted in 2011 on three counts of drug trafficking charges. He was given the minimum 10 years sentencing.

Buju Banton and his legal teams launched several failed appeals, but he has maintained his innocence.

Last month a juror in his trial was found in contempt of court.