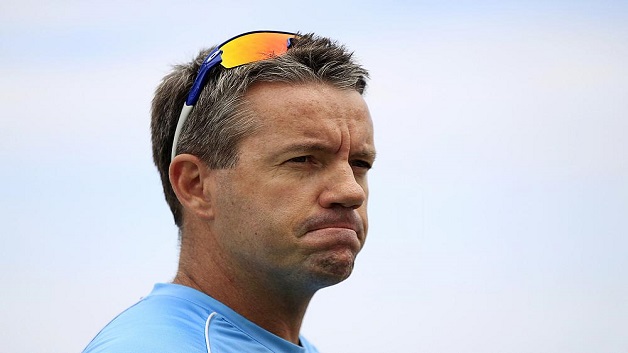 West Indies head coach Stuart Law has been slapped with a fine by International Cricket Council (ICC) match referee Chris Broad for showing dissent during the tense final day of the decisive third Test against Pakistan which ended in Dominica on Sunday.

Upset over the dismissal of wicketkeeper Shane Dowrich in the second session, the Australian went to the umpire’s room and proceeded to question the third umpire over his ruling to confirm the on-field umpire’s initial decision to give Dowrich out.

According to the ICC, Law then left the room “while making an inappropriate comment.” He pleaded guilty to the charge of “showing dissent at an umpire’s decision during an international match” and was subsequently fined 25 per cent of his match fee.

“In addition to the fine, one demerit point has been added to Law’s disciplinary record,” the ICC said.