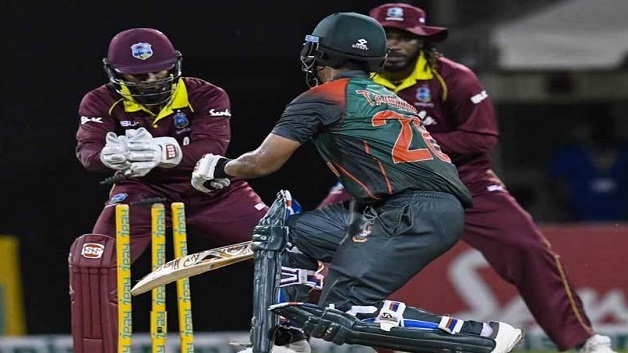 The West Indies defeated Bangladesh by three runs to level their three-match one-day series at 1-1 in Guyana yesterday.

Shimron Hetmyer’s superb 125 helped the West Indies to 271 all out in the day-night game.

Bangladesh were then restricted to 268 for six wickets off 50 overs as the hosts claimed victory at the Guyana National Stadium.

Meanwhile, Jamaica’s Chelsea Hammond could be given a bronze medal, a step up from her fourth place finish at the 2008 Olympics in Beijing, China after two Russian athletes were stripped of their medals today.

Tatyana Lebedeva and Maria Abakumova lost their appeals to the Court of Arbitration for Sport (CAS) and were stripped of three silver medals for doping at the 2008 Olympic Games.

According to the Associated Press, the banned anabolic steroid turinabol was discovered in retests of the women’s Olympic anti-doping samples.

112 students from post secondary institutions to receive bursaries from Taiwan

St. Vincent and the Grenadines welcomes launch of the Multi Purpose Identification System

Regional countries urged to do more to deal with violence