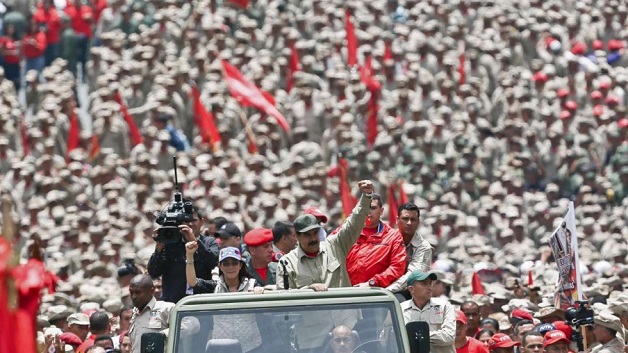 Venezuelan President Nicolas Maduro has ordered the army into the streets as the South American nation braces for what his opponents vow will be the “mother of all protests” on Wednesday.

Mr. Maduro, who has faced violent protests over recent moves to tighten his grip on power, ordered the military to defend the leftist “Bolivarian revolution” launched by his late mentor Hugo Chavez in 1999.

Venezuela has been rocked by two weeks of unrest since Mr. Maduro’s camp moved to consolidate its control with a Supreme Court decision quashing the power of the opposition-majority legislature.

The court partly backtracked after an international outcry, but tension only rose further when authorities slapped a political ban on opposition leader Henrique Capriles.

Five people have been killed and hundreds wounded in the ensuing protests as riot police clashed with demonstrators.

Shooter, 1 other person dead at US Navy base in Pensacola, Florida