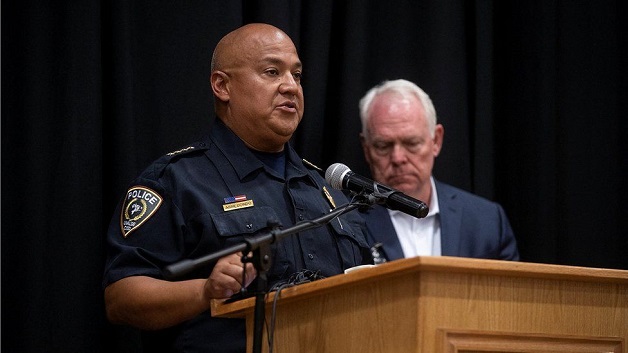 A police chief accused of botching the response to the fatal shooting of 19 school children and two teachers in Uvalde, Texas, has been put on leave.

Pedro “Pete” Arredondo, head of the school district police force, has been blamed for law enforcement delays in confronting the gunman.

Defending his actions, the 50-year-old has said he did not think he was the official in charge at the time.

Public anger has risen as more details of the 24 May attack emerge.

State lawmakers are investigating why police waited for more than an hour outside the Robb Elementary School classroom in which the assailant had barricaded himself before a team made entry.

School district superintendent Hal Harrell said on Wednesday he had placed Mr Arredondo on administrative leave effective immediately, citing the lack of clarity that remains and the unknown timing of when he will receive the results of the investigations.