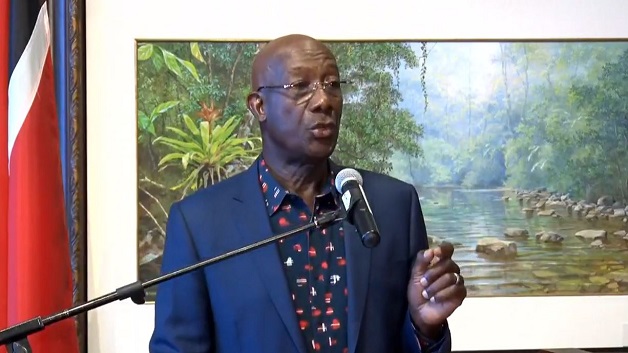 Trinidad and Tobago’s Prime Minister Dr Keith Rowley says the government will host a national debate on the crime situation in Trinidad and Tobago as the number of murders climbed to 36 so far this year, including the killings of three relatives on Sunday.

T&T’s Prime Minister told reporters that the consultation will take place in early March as he reiterated an appeal for people to help law enforcement agencies deal with the spike in criminality by reporting wrong doing to the police.

He said in other countries, citizens play an important role in curbing crime by providing relevant information to law enforcement agencies.

At the start of the New Year, Rowley said that last year, the country experienced the relentless assault of the criminal element, resulting in a record number of murders, facilitated, and bolstered by other alarming incidents of crime, such as persistent gun running, institutional corruption and facilitation as well as the ever-present growth of gang activity in many parts of the country.