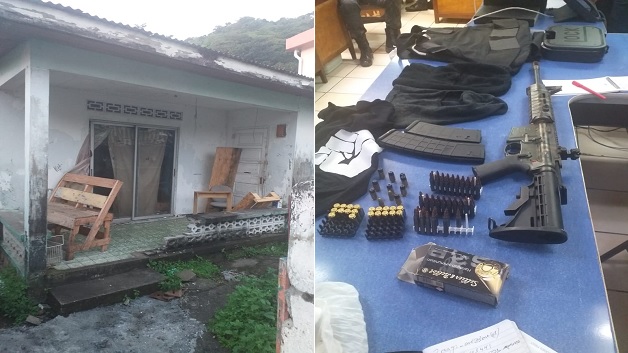 Police on Monday discovered a weapon that is a standard issue firearm for most units in the U.S. Military along with several rounds of ammunition in an abandoned property.

“The coordinated efforts of members of the Royal St. Vincent and the Grenadines Police Force to combat crime have led to the discovery of one M4 rifle, two magazines, fifty rounds of .22, twenty rounds of 10mm, two rounds of 9mm, and nine rounds of .45 ammunition along with two black masks.” The release stated.

The operation was conducted between members of the Rapid Response, Special Services, Narcotics, and Special Patrol Units on Monday, January 23, 2023, in the Rose Place community.

The RSVGPF says that the area was searched and the guns and ammunition were discovered in an abandoned house opposite the Kingstown Cemetery.

No arrests have been made up to press time.

The M4/M4A1 5.56mm Carbine is defined by military.com as a lightweight, gas operated, air cooled, magazine fed, selective rate, shoulder fired weapon with a collapsible stock. It is now the standard issue firearm for most units in the U.S. military.