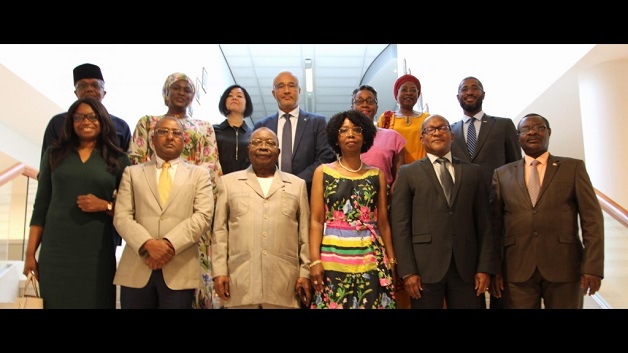 Trinidad and Tobago has taken over the presidency of the Organisation of African, Caribbean and Pacific States (OACPS).

The Central African Republic handed over leadership of the 79-member group following a meeting of members at the OACPS House in Brussels, Belgium on July 19, 2022.

Dr Amery Browne, T&T’s Minister of Foreign and CARICOM Affairs, will concurrently assume the presidency of the Council of Ministers of the OACPS for the period of 1 August 2022 to 31 January 2023.

Ambassador of Trinidad and Tobago, Colin Michael Connelly, will preside over the Committee of Ambassadors during the Caribbean presidency.

The Bureau of the Committee of Ambassadors, which coordinates the work of the full committee, comprises one representative from each of the six regions of the OACPS, as well as a Troika comprised of the current, outgoing, and incoming Chairs.