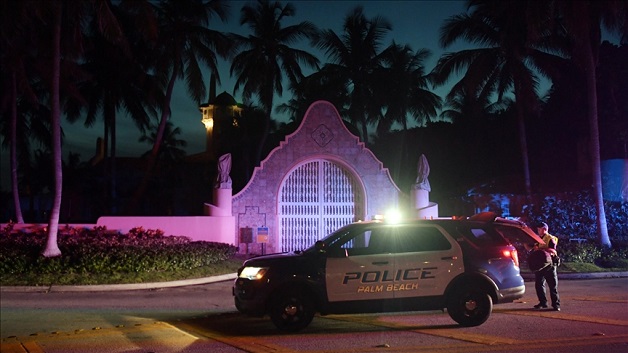 Former US President Donald Trump has said his Florida home was raided by the FBI, and that agents broke open a safe.

Mr Trump said in a statement that Mar-a-Lago in Palm Beach was “occupied by a large group of FBI agents”.

Monday’s search was reportedly connected to an investigation into Mr Trump’s handling of official papers.

“These are dark times for our nation,” Mr Trump’s statement said. “Nothing like this has ever happened to a president of the United States before.”

Neither the FBI (Federal Bureau of Investigation) nor the justice departments have commented on the reported search.

Several boxes were taken away, the source said, adding that no doors were kicked down and that the raid had concluded by the late afternoon.