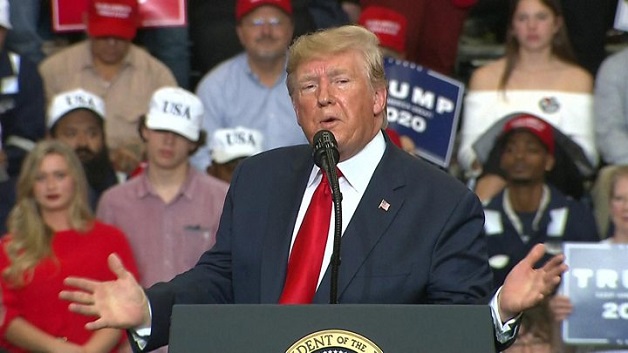 A senior US diplomat has testified that the Trump administration threatened to withhold military aid from Ukraine unless it agreed to investigate Mr Trump’s leading US presidential rival.

Bill Taylor, the top US diplomat in Ukraine, told impeachment hearings he had a “clear understanding” aid would be withheld pending an investigation.

Mr. Trump denies there was any threat.

Public impeachment hearings will begin next Wednesday, with Mr Taylor set to be the first witness called.

Taylor testified in closed door impeachment hearings last month, and a transcript of his evidence was released to the public on Wednesday.

He told a Congressional committee that two state department officials said Mr. Trump would not “sign a check” for nearly $400m (£311m) in US military aid until Ukrainian officials announced an investigation into Democratic presidential contender and former Vice-President Joe Biden.