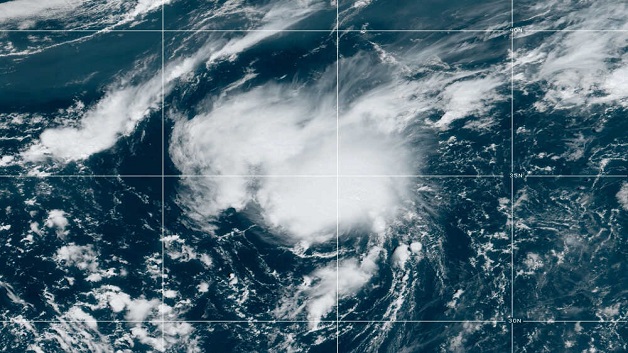 The US National Hurricane Centre (US NHC) in its latest update said Tropical Storm Gaston was located about 990 miles west of the Azores.

NHC says there are no coastal watches or warnings in effect however interests in the Azores should monitor the progress of the system.

At 9 pm GMT (2100 UTC), the centre of Tropical Storm Gaston was located near latitude 34.7 North, longitude 44.4 West. Gaston is moving toward the north-northeast near 17 mph. A turn to the northeast is expected today, followed by a motion to the east.

Maximum sustained winds have increased to near 40 mph with higher gusts. Additional strengthening is forecast during the next day or two. Tropical-storm-force winds extend outward up to 70 miles from the centre.