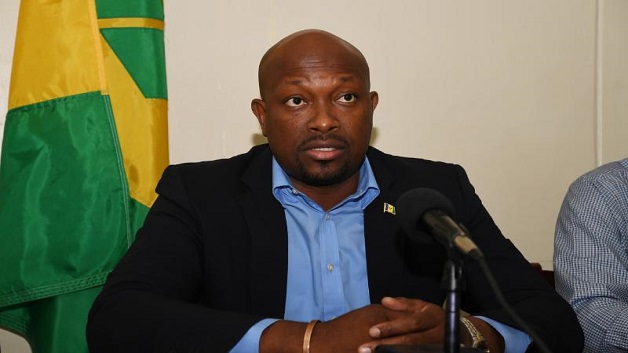 While discussing the Government’s relationship with traditional cannabis cultivators, Minister of Agriculture Saboto Caesar noted that several of those traditional cultivators have expressed interest in diversifying their crops.

Minister Caesar said that a number of them have even gone on to become large scale vegetable farmers, with assistance from the Government.

“Over the years we have witnessed whereby several traditional cultivators have noted that they want to diversify in other areas of agriculture, and we had provided assistance. We provided assistance with the lands, irrigation support, fertilizer, seeds, seedlings, and we have seen over the last two or three years, several traditional cannabis cultivators being converted to large scale vegetable farmers,” Caesar said.

Minister Caesar disclosed that some traditional cannabis cultivators will be integrated into the blue economy, a sector which has been seeing significant growth in recent years.

“With the onset of the significant growth that we are expecting from the blue economy, particularly in fisheries, we will be integrating a large number of traditional cultivators who may wish to participate in the fleet expansion program,” The Agriculture Minister said.

Minister Caesar said that they are aware that the traditional cultivators that would have engaged in the illicit cannabis industry would have particular set of skills that could be transferred over, and be of benefit to them in the blue economy.

Minister Caesar said that a list of names of traditional cultivators has been obtained from Medicinal Cannabis Authority and discussions have begun with them with regards to becoming integrated into the blue economy.