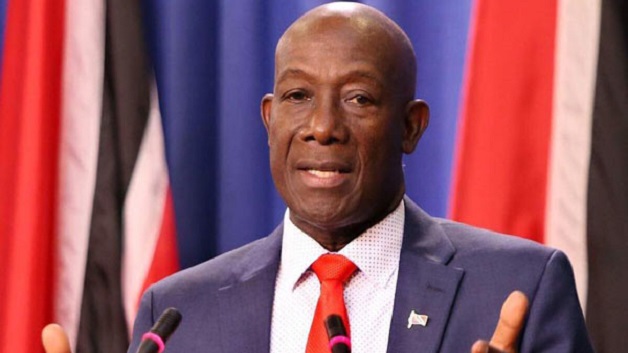 Prime Minister Dr. Keith Rowley on Thursday brushed aside a call from the main opposition United National Congress (UNC), for him to resign over the “emailgate” fiasco.

During a press conference, Rowley also was quoted as saying by Caribbean Broadcasting Corporation, that there is no need for him to apologize to Opposition Leader Kamla Persad Bissessar.

The Prime Minister was responding to an announcement on Wednesday by the Trinidad and Tobago Police Service (TTPS) that it has officially closed the investigation.

Rowley also stated that he will not go down the Opposition’s “rabbit hole”, and accused the UNC of “twisting” the “facts” as is outlined in the file handed to the TTPS by the Director or Public Prosecutions (DPP).

The Prime Minister stated that the DPP’s file clearly states that the evidence gathered didn’t reach the threshold to lay charges against persons involved.

On Wednesday, the UNC said Rowley lacked “the competence, compassion, intelligence and character to lead Trinidad and Tobago.”

Payless closing all 2,100 Stores in US

Plaque to be unveiled in memory of Rock Gutter victims