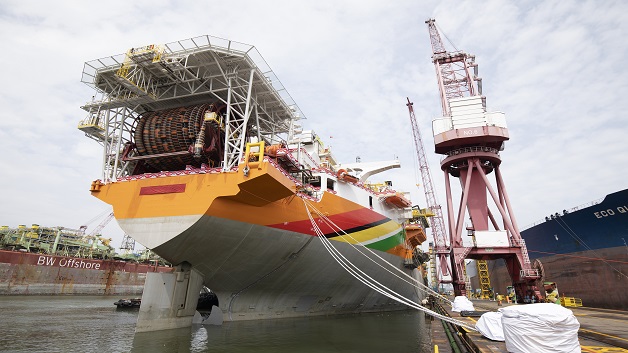 The very first oil production vessel to be placed in Guyana’s waters, the Liza Destiny, has departed Singapore for these shores.

According ExxonMobil, the Liza Destiny has a production capacity up to 120,000 barrels of oil per day and an overall storage volume of 1.6 million barrels.

ExxonMobil, in a release on Thursday, said the Floating, Production, Storage and Offloading (FPSO) vessel is expected to arrive here September as the country prepares for first oil in less than a year.

During normal operations, there will be at least 80 persons living and working onboard the vessel.

The release stated that twenty-four Operations and Maintenance technicians, who are currently being trained in Canada, will return in 2020 to support work on the Liza Destiny.

It was noted that the FPSO “is a significant component of the Liza Phase 1 development which involves four undersea drill centres with 17 production wells.” Country Manager Rod Henson expressed his satisfaction with the work done so far.

Canada to withdraw fighter jets from Syria and Iraq strikes