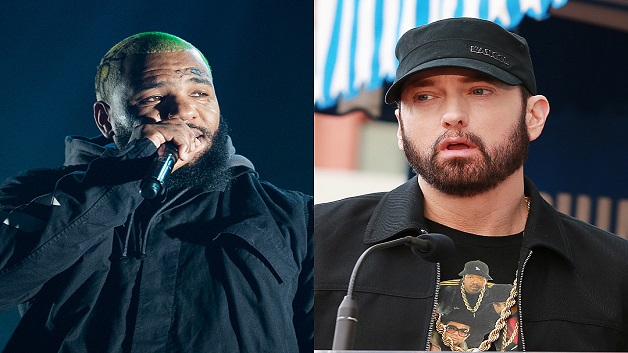 The Game has been preparing for the release of his new album Drillmatic which dropped today, but that doesn’t mean he hasn’t had time to continue his beef with Eminem. Back in April, Game claimed he was a far better MC than the Detroit rapper, and he hasn’t stopped trolling Eminem since.

The Game has now brought Hailie Jade, Eminem’s daughter, into his spat with the rapper. On Wednesday, boxer Peter Quillin shared pictures of Hailie on Facebook, including pictures of her in a bikini. “Eminem’s daughter Hailie, then and now,” wrote Quillin. “P.S. she is 26.”

The Game slid into the comments of the post. “Can she rap?” he wrote. His remark blew up, getting 3,700 likes and 900 replies. Of course, Eminem’s fans were having none of Game’s trash-talking. “”

The Game has had a bone to pick with Eminem for a minute now. In March, he claimed Eminem was overrated.