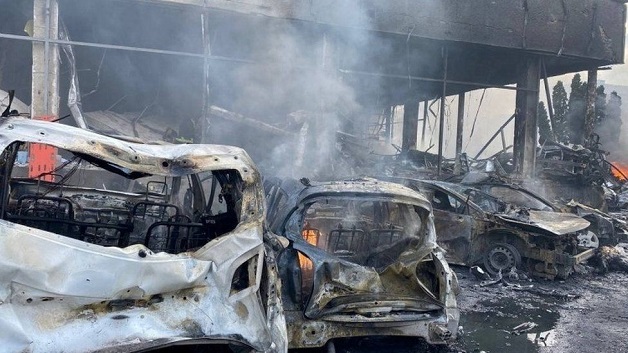 Ninety more were reported wounded in the attack, to the south-west of the capital Kyiv and far from any front lines in the conflict.

Residential buildings were also hit in the centre of Vinnytsia, which has a population of around 370,000.

The Russian defence ministry, which denies targeting civilians, has yet to comment on the strike.

The Ukrainian presidency said the attack had come from Kalibr cruise missiles launched from a submarine in the Black Sea.